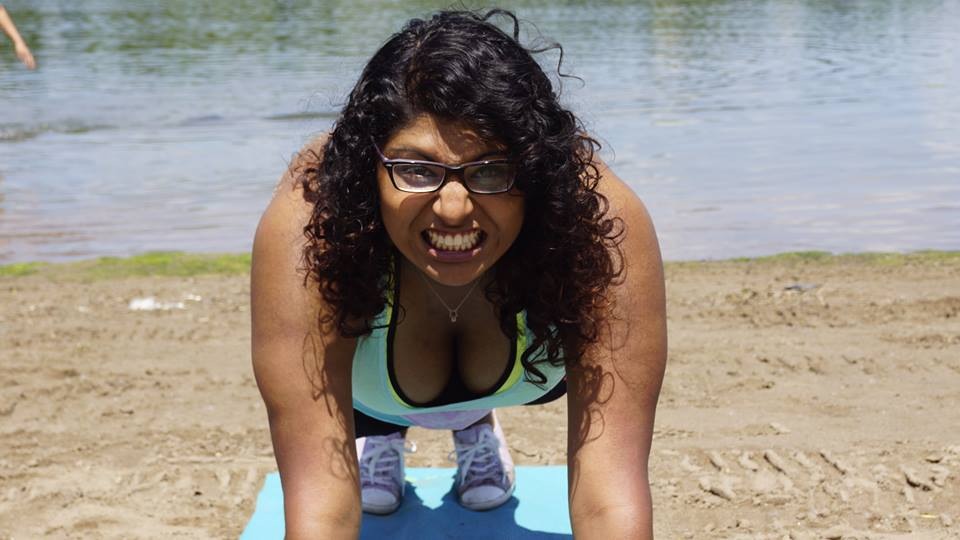 Heavy breathing. The rapid tapping of feet on cobblestone. High bun teetering in all directions beneath my leopard-print winter cap. Cars honking. Strange man mutters incomparable phrase angrily. Backpack strategically placed so it doesn’t clunk so hard on my shoulders with each impact I make with the ground. I feel like I’m in basic training. As the mist attacks my face–adorned in a royal blue military-style peacoat, a damp mixture of precipitation and perspiration, and (thank god) trainers–my mind drifts to Alice in Wonderland’s White Rabbit: I’m late, I’m late! There’s no better motivation for your fastest sprints than knowing you’ll be late for class. I bolted, envisioning the greatest Bolt of all–Usain. With Benny Bensai’s “Cinema” blasting in my ears, I had the perfect motivation. Even the drawling pace of The Civil Wars’ “C’est La Mort” couldn’t stop me. I’m late, I’m late! There was no point in looking at the clock now. I just had to get there, be there, be present.

I opened the door in one big, sweeping motion, scurried up the two flights of steps and zipped past the lead judo instructor–who rapidly clapped the back of one hand to the palm of his other. No translation needed: I’m late, I’m late! Remember when I said Mondays are now the best? I stand by that. I finally got to roll today!!!!!! Legitimate, No-gi submission grappling with Fabio – the instructor–and (as I call him) Tattoo Man – the assistant instructor. Tattoo Man–who has Greek-style tattoos

depicting men in various sparring positions – was wary of rolling with me at first. However, after getting him in an arm triangle, downward shoulder lock, and successfully mounting him; he wasn’t so wary to fight back. Fabio was finally impressed with my abilities (and surprisingly, my steering wheel takedown). I promised to bring my gi when I return from holiday, and I wanted to say let the good times roll (pun intended). Fearing losing the humor in translation, I said it to myself, and attempted, “Mi piace combattere.”

10 p.m. arrived like a Jehovah’s Witness at the door during dinner time–unwelcome and too soon.

We bowed out and attempted conversation. Normally I walk home, but I think the gym has noticed this habit. With the rain now coming down like sheets of shattered glass, Fabio drove me back to Via Vittone in his 1957 Fiat 500

We chatted about our dual love of old cars, and he talked about his small collection of antique automobiles. I let smell of diesel and leather fill my lungs as I thanked him for the ride. I fiddled with the slim, black door handle as we both said ‘in January’ in Englitaliano. Pea-sized droplets wet my cap, as Fabio switched gears and noisily zoomed away. This is strange land is getting more and more familiar, and I couldn’t be happier.